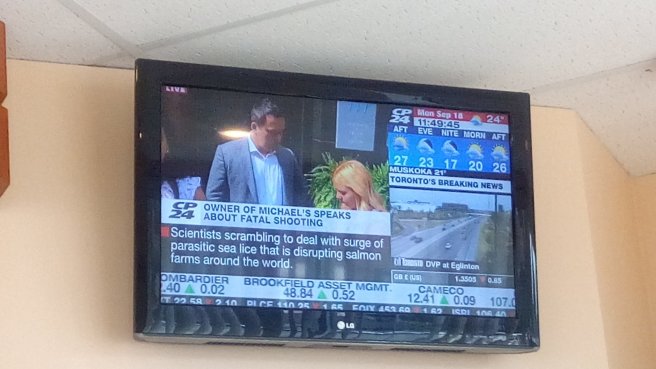 Visiting Toronto to my family I saw Canadian version of a fake called CP24.

Owner of Michaels restaurant was whining that his whore of daughter witnessed shooting.

Little research would reveal that his club going daughter hangout with bad boys of all sorts.

Naturally no one in media asked what the hell young girl doing in the middle of night. Palling around drugs dealers, and marijuana somkers.

You can safely bet your bottom dollar that his daughter will be a single mom and the unlucky jerk will be accused of date rape, or worst.

Conservative will use this incident to prop up support among white Canadian to discriminate and terrorize minorities.

Best solution for Canadian men of all races is to boycott marriage. Don’t feed this marriage maffia.

Let this jerk of a father babysitt his upcomming grandkids while his daughter cruises with bed men spreading HIV.