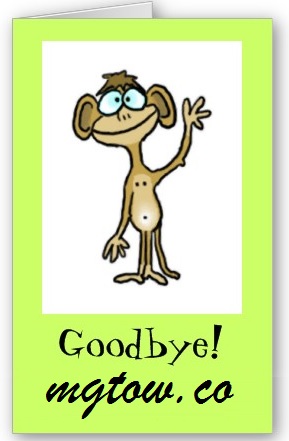 Like everything else in this universe death cometh to us all.

Alexsander Bar Bar created a website for MGTOW community, and now it bites the dust. Like most MGTOW sites it had a very short lifespan. It’s a pretty sad outlook of our community.  It could’ve been worst, it could have turned into a nut case neo nazi site like “mgtow.com” bashing democrats and praising Trump, and even Adolf Hitler!

Happily Alexsader does have a personal blog, and sharing his wisdom.

We should not forget why mgtow exist, as it is maturing it is also attracting loons like moth to a flame

For the record I don’t support either parties.

MGTOW.com is own by AVFM – Ironically named A Voice for Men aka A Voice of Feminize Men. Both sites are run by married women! Although Paul Elam was the co-founder. His biggest accomplishments is not paying child support for his only daughter, and mailing her stories about  false accusation and circumcision, and how it hurts men!

MGTOW is anti-marriage community. We don’t bash marriage for it “used” to stand for; we are against it because it is a government run enterprise.

However, like most young revolutionary we have to set our eyes bit higher than it is, and we ought to look up within ourselves.

Notice: I did not mention Feminism. The main reason MGTOW was born are alimony, paternity fraud, and outrageous amount it cost to divorce someone, and then you lose all the money you had prior to marriage, and you may end up paying for rest of your life to your ex – the lifetime alimony….

This financially slavery bill was legally passed because of traditionalist, this includes liberals, conservatives, who supported the feminist agenda – they went as far as to ban/stopped DNA test before man’s name is printed on birth certificate.

However, marriage mafia was always penalizing men long before feminist, massive amount of child support for poor family who have more kids than they can afford.

Why should a single man or even a woman support poor family who can make enough money yet they know that by popping multiple kids they will get government government subsidies, and even multi-generational welfare.

We have laws against stealing, and robbing, yet by miracle of bipartisan politician have setup a system were lazy people can stealing our money through tax enforcement just like they are.

It’s use to be a rule that if you can not afford it than you should not buy it, same ought to apply to having kids. When poor families who can not even afford to pay their own rent, yet they make babies like rabbits even though they will bring their financial situation well below poverty level.

Government should be educating them, not taking the money of well to do individual and share with these selfish people. This is a institutionalized robbery.This is why we different with Traditionalist & Men’s Right.

Men’s right are our enemies because vast majority of them have married wives working in Men’s right organization – I am not talking about flipping papers, or make coffees. No right on the bench chair, and monitoring discussion, and even banning men who question about alimony, paternity fraud issues.

Of course they ladies bash anyone who question validity of marriage, or any talk about mgtow.

Men’s Rights is a cancer that is destroying us from within, and there shall be not support provided by anyone.

So where does MGTOW stand?

Well, we do have some YouTube channels like barbar, and sandman. Nonetheless, we need a community the will help upcoming brother to band together and spark the revolution.